The former capital of the Bessin founded in the 1st century BC was not spared over the centuries but it has miraculously preserved treasures that reflect the splendor of the Duchy of Normandy. :

-The Notre Dame de Bayeux, a masterpiece of Romanesque and Gothic art Norman. It seems to watch over the narrow old streets of the historic city center, littered with mansions of the 17th and 18th centuries. Will you lose, you’ll feel a trip back in time.

– The famous Bayeux Tapestry, called the Reine Mathilde, registered in the Â«Â Memory of the WorldÂ Â» by UNESCO. Single document that’s probably the longest comic in the world, 70m. It tells the famous conquest of England by the Normans in the eleventh century.

First town liberated in June 1944, she was spared the bombing. Visit the Memorial Museum of the Battle of Normandy, he took the chronology of events.

The art and history museum located in the former Bishop’s Palace is also worth a visit. The time yet original and interactive museum is exceptional. You will discover beautiful pieces of lace. Bayeux introduced in the seventeenth century by Bishops will, handmade lace reached its peak in the nineteenth century. Bayeux then rises to the forefront of fashion. You also do not fail to be amazed by the magnificent collection of porcelain. One room is devoted entirely. Manufactures have a fairly short life (1812-1951) but were highly productive.

Bayeux is the city to the countryside, rich and fertile land which rise many castles, manors and churches to discover, essential in the back lanes of the Bessin

– The market on Saturday morning, where rendezvous all producers Bessin for a display of Normandy specialties!

– The medieval festivals in July

– Appointments to the cathedral, monumental projections show images, in July and August 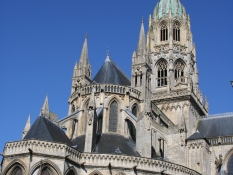 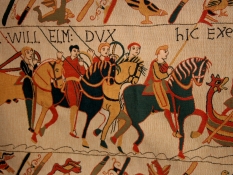 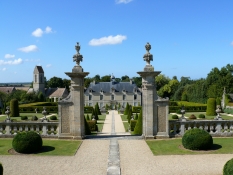 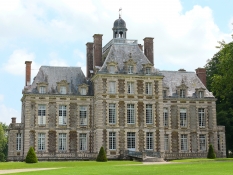