Situated in the borderlands between Normandy and Brittany, the abbey of Saint-Michel was one of the most legendary construction sites of the Middle Ages. This feat of monastic architecture rises up on three main levels around the Mountâ€™s granite rock. The Romanesque crypts and nave, the Gothic choir and the Merveille staircase form a vast religious and artistic ensemble whose beauty is the measure of the importance it held throughout Christendom. At the foot of the abbey, the village of half-timbered houses is crowded inside a fortified wall, highly unusual in that it is built on sand. Emerging out of the watery bay, the monumental and picturesque Mont-Saint-Michel ranks among the most exceptional world heritage sites.

– If this is reallyÂ  crowdy, do not stay in the main street, go to the Abbey via stairs and passages that lie between the houses. 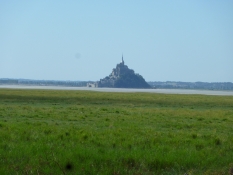 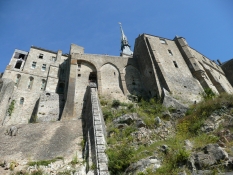 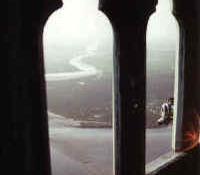